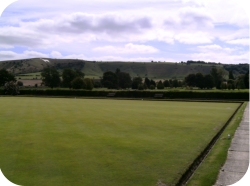 Blue Circle Bowls Club welcomes both playing and non-playing (social) members. Our Men currently have teams in both the Wiltshire 3 Rink league and the Mid Wilts triples league. The Ladies have teams in the Norwest League & Sedial League. We also have a team in North Wilts Monday Mixed League. Members can play in a number of County competitions throughout the season and local Tournaments.. The Club also arranges a number of Mixed Friendly & Ladies Friendly games as well as Annual Club Competitions.

Since 2009 there has been an Annual tour open to all members and guests.

The club is open to Men & Ladies, Boys and Girls of all ages and fitness levels.
New members are always welcome.

The Bowls membership fees are £60.00 per annum.

If you’re interested please ring one of the following officers or come along and introduce yourself. 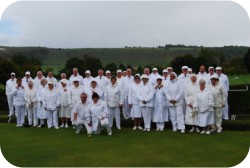 The Club was originally formed in 1970 as part of the Blue Circle Cement works Social Club, however this was later opened up for membership for non employees. The ladies section was later formed in 1987.

When the Cement works were sold to Larfarge, the bowls Club continued under the umbrella of the Social Club of the works. This changed in August 2009 when the whole complex was sold by Larfarge to the current Private Owners. The club then became self funding. The club has had many successes over the years in both League and County competitions.

The club was formed in September 2013 and we currently have a team in the Wiltshire Winter league and another in the Summer League. We have also entered several County competitions each year and local Tournaments with some success. We hold our own Annual Tournament in February each year.

Our practice nights are:

Visitors and new members are welcome.

If you’re interested please ring one of the following officers or come along and introduce yourself.